How to make a prototype 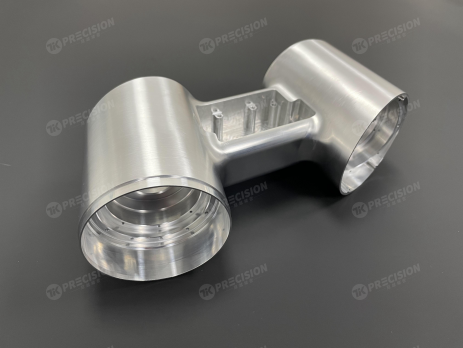 When developing a product, making physical models can help you with research, testing, financing, and more. Thanks to rapid prototyping service providers such as Tik Precision, affordable models can be easily produced in a short period.

Fortunately, prototyping with a partner like Tik Precision is simple and painless. This guide looks at the basics of how to prototype and analyzes two broad categories of prototypes: conceptual models and functional prototypes. It also outlines how the rapid prototyping process works in the original manufacturing facility.

What is rapid prototyping?

Prototyping is a mock-up, draft, mockup, or early version of a physical item built prior to production, and rapid prototyping is the process of creating a model in the shortest possible time.

There are different reasons why a company may need to develop a prototype and different technologies can be used to build it: at Tik Precision, we specialize in CNC machining, 3D printing, forming, casting and sheet metal fabrication, some representative models need to be combined if they contain multiple components , is a process.

Rapid prototyping helps businesses bring products to market faster. By rapidly prototyping, companies can expedite procedures such as market research and mechanical screening that typically require prototypes, and get to the final stages of product development earlier.

Focus: Visual appeal, communication of basic ideas, lowest feasible cost
Typical processes: 3D printing, CNC machining, vacuum casting, linen metal, other
Many prototypes are built to provide a visual or aesthetic function. Prototypes of this sort do not need to work, but they need to give an accurate visible impression of the ultimate product.

Prototypes built for visual purposes can be called concept units, display models, or look prototypes. It can be used to present future projects to potential investors, or to conduct general market trend analysis for potential clients. It can also be used to communicate ideas to other internal departments of the company.

Since the conceptual model does not need to be functional, certain manufacturing processes can be used that may not be used for final part production. The point is simply to produce good-looking prototypes at the lowest possible price.
For this reason, 3D stamping is sometimes used in creative versions: the printed part may not be strong enough for end use, but can be quickly made to a high visual standard. Vacuum throwing is also primarily used for low-intensity, visually appealing prototypes. Having said that, CNC engineering and bed metal fabrication are generally less expensive and/or more suitable projects and offer a great degree of flexibility.

Companies can also use cheaper components for their creative models, as the material does not need to withstand force or perform mechanical functions. However, to maintain an impressive appearance – for example, to create a low-cost plastic that looks like metal – a professional finish can be applied.

Representational models can also be practical, not just visual. Actual prototypes are often used to validate physical aspects of a product – such as material selection – or even for mechanical evaluation. They can also be used to display the functionality of the product to internal employees, customers, traders, etc.

Functional prototypes may have little regard for aesthetics if used for inspection. For example, functional representation models may not be colored, unfinished, or lack specific features and details. However, in order to get as close as possible to the final product, a later or possibly pre-created prototype may contain both practical and aesthetic features.

Functional prototypes that are physically tested often need to be made with materials and operations that are close to those used when they were created, otherwise the tests will be useless.

If the original is also subject to component metal testing, it is critical to select production-grade materials. Production procedures such as computer numerical control machining and injection molding are often used for useful prototypes, as 3D printed parts often lack the necessary power and do not mirror the production part in terms of mechanical properties.

For non-exemplary functional representation models, surface treatment is only required if they contribute to the functionality of the merchandise, and paintings, branding, etc. may be omitted.

Steps to make a prototype, step by step

Conceptualize
The first stage of prototyping is deciding what is needed before designing a prototype. This level may involve potential needs for market research and brainstorming.

Design
Unless all you need is a rough hand model, CAD software is required to design the prototype. CAD allows precise repetition and easy modification, and files can be converted to machine-readable formats for instant creation. People without design experience may need professional merchandise styling services.

Choose material, technology, finish
Materials, technology, and finishes should be considered from the outset, as these factors will inform the CAD design. However, the final selection can be made after the design phase.

Build
A workable CAD file and a list of materials, systems and finishes should be sent to a prototyping specialist who can then start building the prototype.

Prototype again
Once a model has achieved its purpose, another model may need to be developed, depending on the current stage of the product development timeline. For example, an idea style, once validated, may be inherited by a mechanical prototype

Comments Off on How to make a prototype